GoPro’s first foray into the 360-degree action was the GoPro Fusion, and while it was a strong first offering, the new GoPro MAX ($499) is a very different — and much improved — immersive action camera that has a lot to offer experienced videographers and voices alike. To be sure, the MAX has trade-offs, but taken together, it presents arguably the best overall combination of features and value for travel and adventure vloggers who don’t want to break the bank or haul a huge amount of kit while they get out and explore.

It’s hip to be square

The new GoPro MAX’s form factor is both familiar and different for fans of the company’s Hero line. It’s almost like you stacked two Heros on top of each other, with a square box instead of a small rectangle as a result. The design helps accommodate both the dual optics that GoPro uses to achieve its 360-degree capture, as well as the built-in touchscreen display that can be used as a selfie viewfinder, too, when operating in Hero mode.

The ruggedized case can survive submersion in water up to 16 feet deep, and it’s splash-proof as well. There are additional protective lenses for the two dome-shamed cameras in the box, as well, which GoPro advises you use in potentially messy environments to protect the optics. Both front and back sides of the camera also feature grills for microphones, which can capture 360 immersive audio when the camera is operating in 360 mode, or act as truly impressive directional shotgun mics when vlogging or working in Hero mode.

Like the new Hero 8, the MAX has built-in GoPro accessory mounts that fold out of the body on the bottom. This ensure you won’t have to pack the MAX in an external cage to attach it to the wide range of available GoPro mounts that exist out there, cutting down on bulk and the amount of stuff you need to pack when you take it out on the road.

The rubberized coating ensures you can keep a firm grip on the camera when you’re using it without any accessories, and GoPro’s easy to access and prominently placed external buttons mean you can control shutter and power while you’re using it in even the messiest circumstances. Removable batteries mean you can charge and keep a few on hand to ensure you don’t miss an opportunity to get some great footage.

The MAX is a very capable 360-degree camera, on par with some of the best in the market. It handles stitching automatically, and when paired with the MAX Grip + Tripod, it’ll even get rid of any awkward stitch lines where you’re gripping the camera. Using their software, you can then use the 360 footage to create a lot of compelling effects during edits, including panning and transitioning between views, zooming in and out and basically pulling off final edits that you wouldn’t even be able to get with a few different cameras and shooters all going at once.

That said, there are some limits to the 360 shooting: You can see where GoPro’s software has stitched together its two wide-angle captures to achieve the effect, for instance, even if only slightly. And while the tools that GoPro provides for stringing together edits are surprisingly user-friendly, you will need to spend some time with it in order to make the most of the tools available — novices can easily create somewhat disorienting cuts before they get their bearings.

The beauty of the MAX, however, is that 360 is just one of the capabilities it offers — and in fact, that provides the basis for much more interesting things that most users will get plenty more value out of. Foremost among these is HyperSmooth, which, when combined with MAX’s exclusive horizon-leveling feature, makes for some of the smoothest, best-quality stabilized video footage you can get with any camera without a gimbal.

By default, horizon-leveling on the MAX will work in both landscape and portrait modes, and switch between those orientations when you turn the camera 90 degrees. But if you lock the orientation to landscape, you can rotate the MAX freely and the horizon stays level, with footage staying smooth and stable — to an almost spooky degree.

There can sometimes be a slightly noticeable fuzziness when you pivot from one orientation to the other in captured footage, but it’s barely detectable, and it only happens if you rotate fully 90 degrees. Otherwise, the horizon stays and footage stays smooth, regardless of how much movement, bounce or jitters you have holding the camera. It’s amazing, and should be experienced in person to truly appreciate how much tech went into this.

That is one reason this is the camera you want with you when you’re out and about. But it’s not all the MAX offers in this regard. GoPro has made use of the 360 capture to implement so-called “Digital Lenses,” which change the field of view, and adjust distortion to get at final results that can really change the look and feel of the video you capture. There’s a new “Narrow”‘ mode that’s even more constrained than the typical “Linear” mode GoPro offers, and a new Max SuperView mode that pushes wide beyond previous limits for a really dramatic look.

Because the camera is capturing 360 content at 6K, you don’t get 4K resolution when it’s cropped down to Hero mode. But you do get up to 1440p as well as 1080p options, which are plenty for most vlogging and travel log purposes. This is one area where there’s a compromise to be made in exchange for some of the flexibility and convenience you get from the MAX, but in my opinion it’s a worthwhile trade-off.

As mentioned, you also get a ruggedized camera that can even snorkel with you, as well as a selfie screen and highly capable microphones built-in (in the video above you’ll notice that there is some deterioration in sound when it detects water). It really seems like GoPro did everything they could to ensure that if you wanted to, you could easily just grab the MAX and get out there, without worrying about packing any accessories beyond maybe their Shorty tripod or that MAX grip I mentioned. 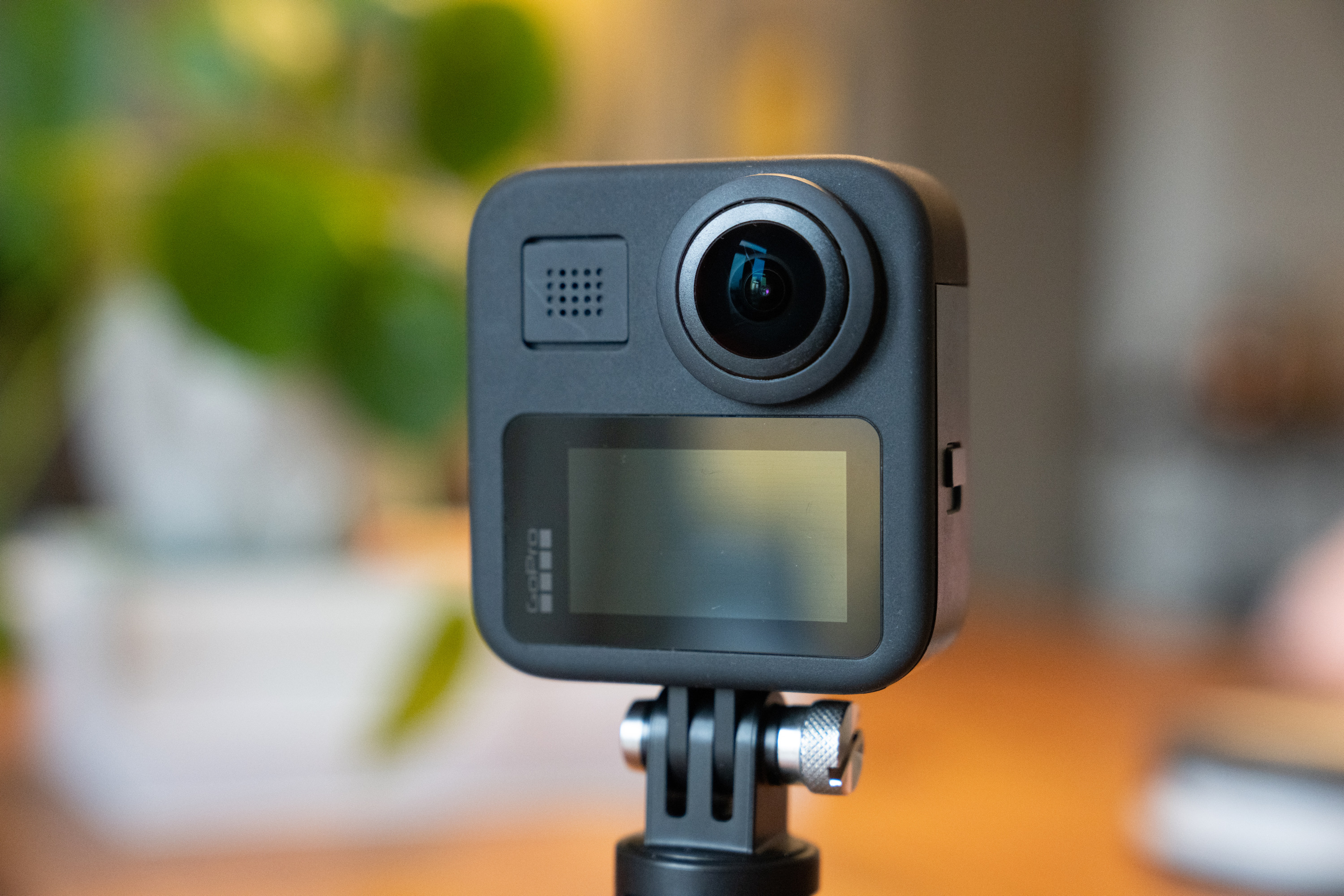 GoPro’s Fusion was a compelling camera for a specific set of users, but the MAX feels like it might be flipping the script on the whole GoPro lineup. In short, the MAX seems like a great default option for anyone new to action cameras or looking for a comprehensive all-arounder that’s easy to learn, but becomes more powerful in time.

The MAX’s amazing stabilization is also probably better suited to vlogging and social video than it is to the actual action camera set, because it’s so smooth and refined. You can alter to what extent it triggers, of course, but overall MAX just seems like a device that can do magic with its built-in software for aspiring content creators who would rather leave the DSLR and the gimbal at home — or who never thought to pick one up in the first place.