YouTube on Monday announced a significant change to its mobile app — it will now autoplay videos by default when users are browsing the app’s home page, aka the “Home” tab. Fortunately, the videos will not autoplay with the sound enabled, the company says. Instead, the feature is meant to give users a preview of the video while scrolling through the Home section, so they can better decide if it’s something they want to watch.

The feature, which YouTube calls “Autoplay on Home,” is enabled by default. However, the app will introduce settings that will allow users to control their experience. Users can opt to turn the feature off entirely, if they choose, or they can opt to have autoplay only enabled when they’re connected to a Wi-Fi network.

Starting this week, Autoplay on Home is rolling out beyond Premium subscribers to all those who use the YouTube app on iOS and Android. As with most launches across YouTube, it’s a staged rollout — meaning you may not see autoplay immediately. YouTube says it will take a few weeks for the rollout to complete.

The company notes it made the decision to expand autoplay because it increases users’ engagement time with videos. 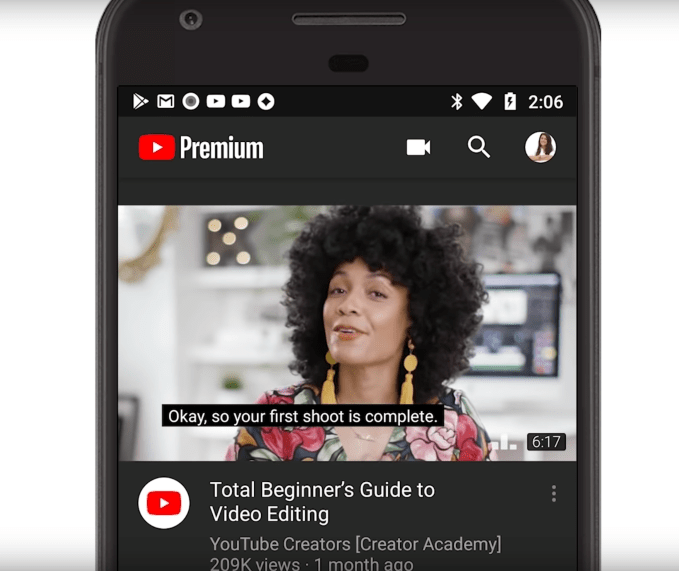 As YouTube explains in an announcement on its product forum (spotted first by Tubefilter): “previewing videos helps you make more informed decisions about whether you want to watch a video, leading to longer engagement with videos you choose to watch.”

The company also detailed its decision further in a YouTube Help video (embedded below) where it noted that autoplay’s launch doesn’t mean thumbnails are going away. Instead, YouTube will display the thumbnail first during a brief pause before the video begins to autoplay.

With the launch of autoplay, YouTube also noted that captions would become more important.

Today, the number of videos with captions enabled tops 2 billion, it said. The site offers a variety of options for captions, including automated captions (which aren’t always perfect), creator-uploaded captions and crowdsourced community captions.

User reaction, following YouTube’s announcement on Twitter, has been mixed. Some people said they were looking forward to the feature, while others lamented that it’s now just another setting they have to turn off.